No longer retained in herd 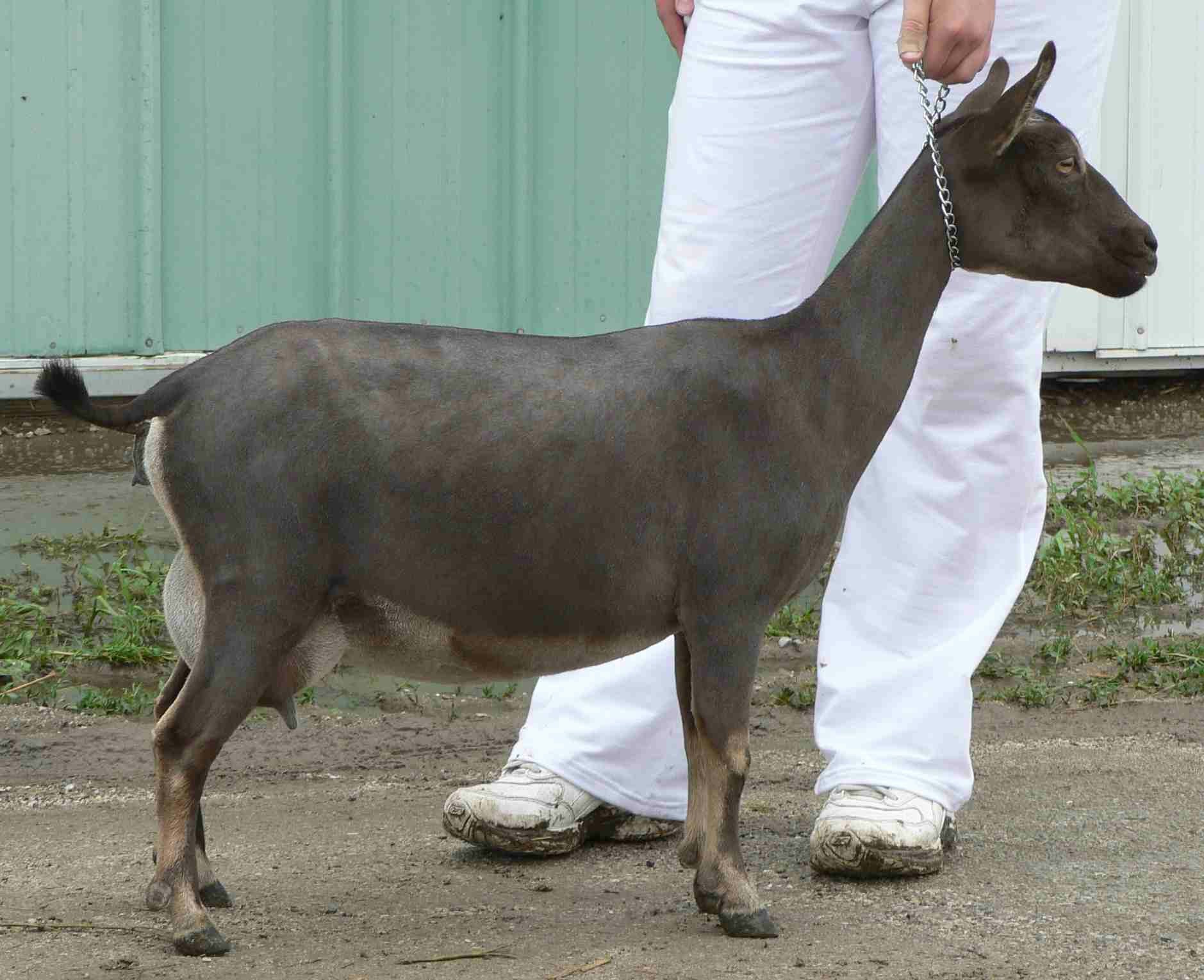 Shirley is out of one of our best milkers. She is a very long

and level doe with sturdy feet and legs. In 2005 she consistently

placed at the end of the line at every show we attended. Just as

we had decided that Shirley’s future would not be in shows, we

to be secure in sanctioning the breed, and Shirley was brought

along as “insurance” – not because we thought she would win.

Shirley blew us away when she went grand champion junior doe

in one of the rings, although because it was an ADGA show and

she was not ADGA registered, she did not receive the leg.

freshener, she really surprised us! She’s earned her one-day

star at only 25 days fresh, but since we were milking about

ten goats at the time of her freshening, we quit milking her

earlier than we would have otherwise. In 2007, we’ll definitely

see what type of longevity this girl has for production. She is

easy to milk, although her teats could be more plumb.