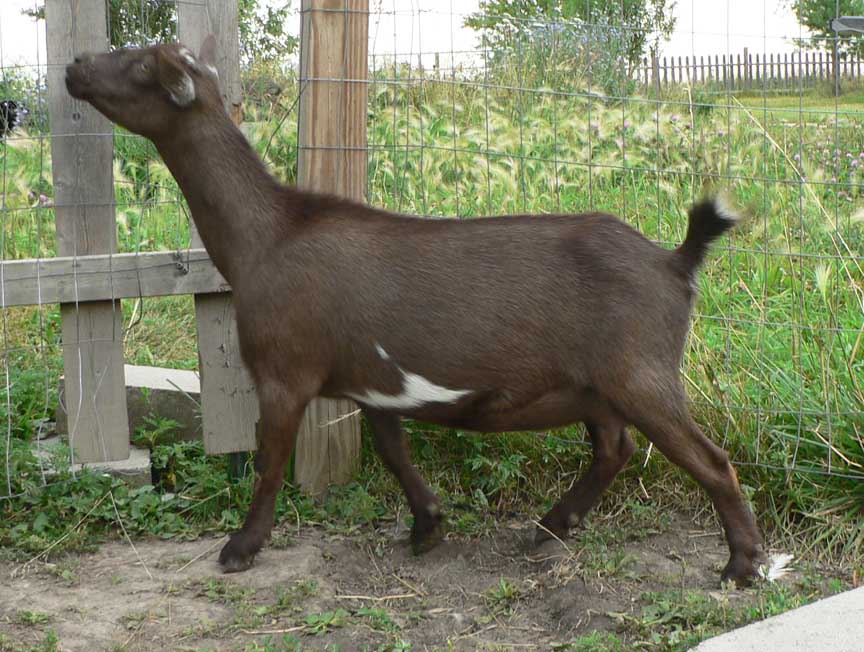 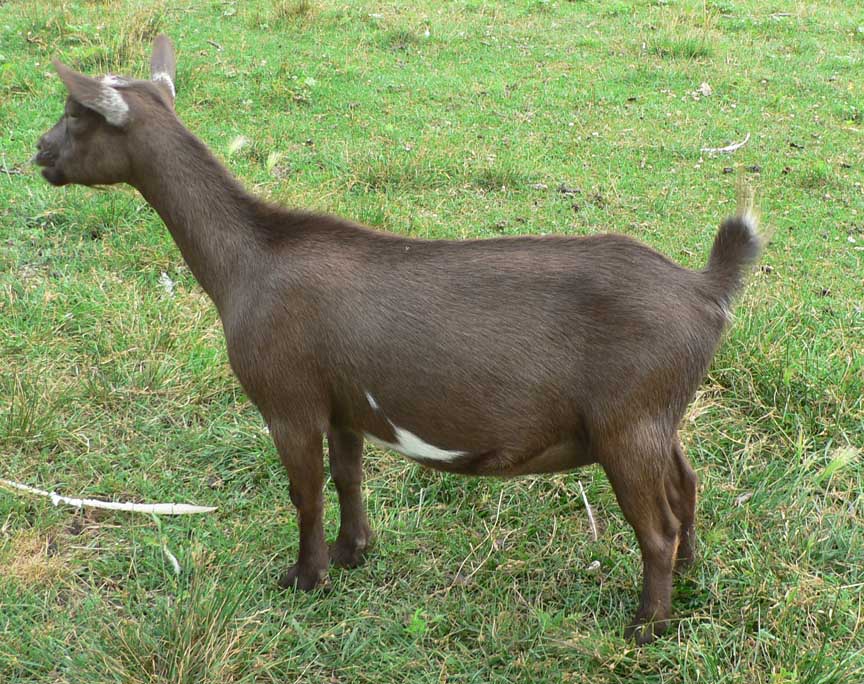 Pearl was born almost two weeks early and weighed only 1 pound, 4 ounces, so she had a rough start in life. She freshened for the first time as a three year old with twin does. Her high test day was 2.1 pounds at 38 days fresh, although she was only nursing one kid, and we were not consistently milking her daily, so no doubt she would have been a better producer if we had been managing her lactation better. She has a nice udder but could have longer teats.