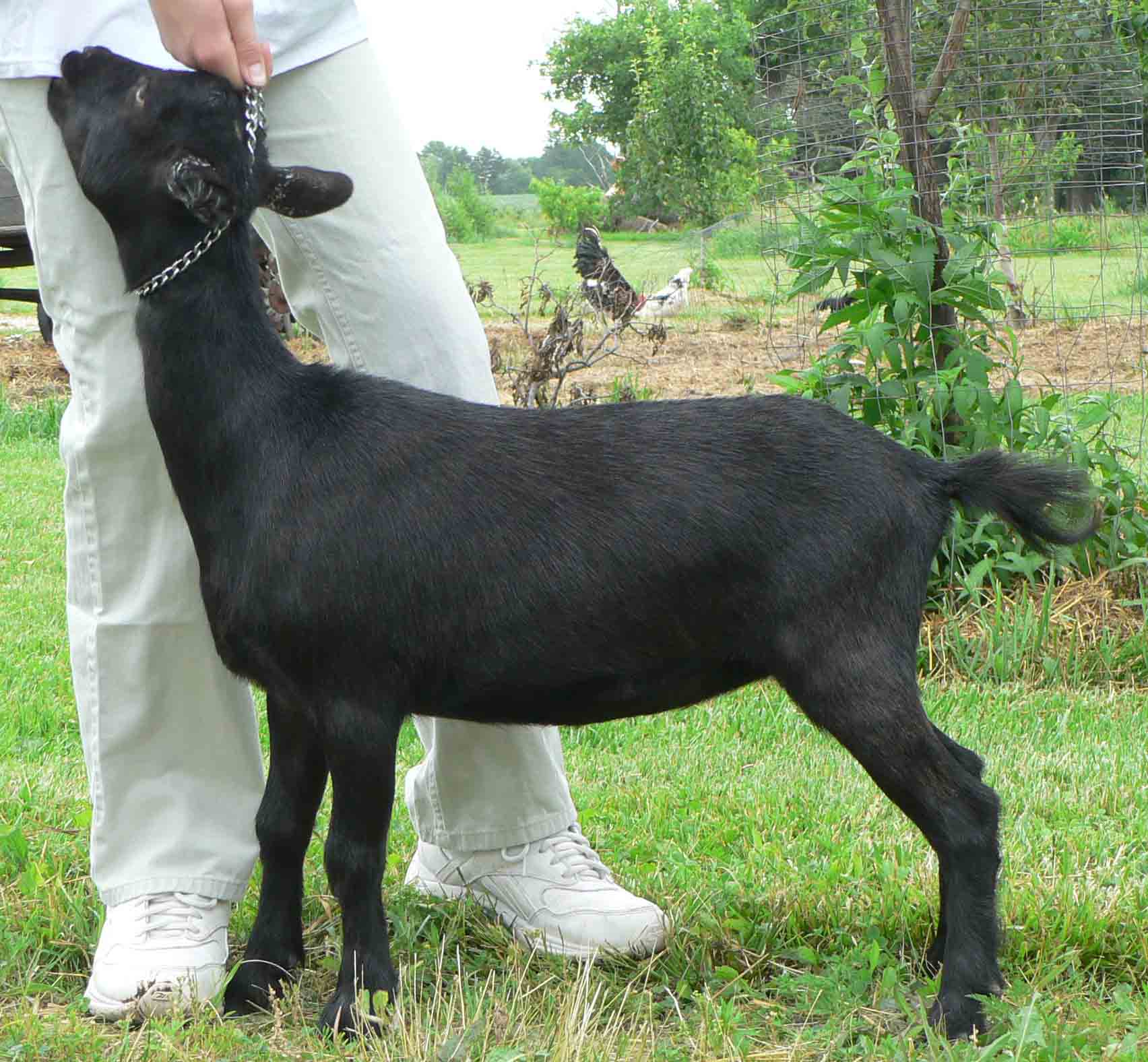 We’ve been very happy with Cleo since her first freshening when we milked her for ten months. A lot of first fresheners can’t maintain a lactation for that long. Unfortunately, we didn’t keep up with the milk testing that year, which is why her lactation record is short. She has a very soft (I don’t know how much I can emphasize that!), easily milked udder, and at 41 days fresh in 2007 she milked 2.4 pounds on DHI milk test, which is respectable for a first freshener. As a second freshener she milked around 3 pounds a day. She would have earned her milk star in the one-day test in 2009 if the butterfat had only been higher, which was either a fluke that day or a testing error, because her butterfat on 305-day test was never that low. Her udder has excellent attachments, a very nice medial, and, again, amazing texture. She classified as VG with a score of 87.5 in 2010 under Tim Flickinger.

Cleo is pure Buttin’Heads (as well as being pure black!), although she carries the Maly herd name. Her mother arrived at Antiquity Oaks two months pregnant – and 11 years old. Margaret (our oldest daughter) wanted some proven bloodlines to add to her herd. Cleo’s mother, Mink, is also the great-great-grandmother of many of our goats courtesty of her great grandson, Buttin’Heads Too Polar Express +S, one of our favorite bucks. Cleo’s sire, Topol, is out of CH/ARMCH Buttin’Heads Wedding Song 3*D, who has finished in both ADGA and AGS, and holds more than five Best Doe in Show titles. Topol is also a littermate of CH Buttin’Heads Polished Apple.