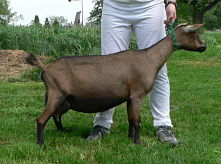 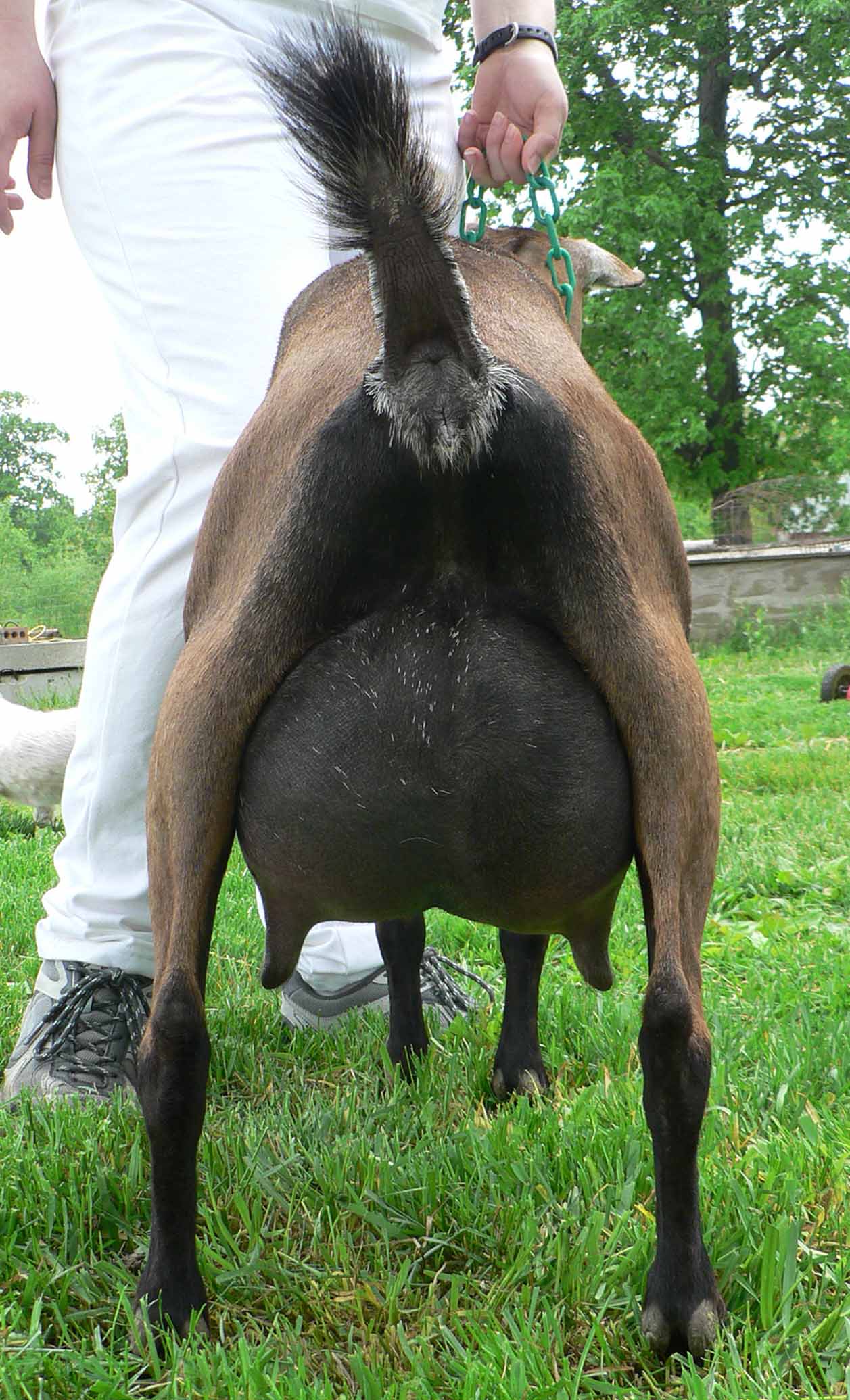 A beautiful doe out of Caboose *D 1*M VG, Annie earned an ADGA leg as a junior kid. She freshened as a yearling in 2008 with twins and was dry in 2009. She freshened on April 30, 2010 with triplets. On her first milk test, she produced 2 pounds, 11 ounces. She has nice teats, but she would be easier to milk if her udder texture were softer. She classified as VG with a score of 89.8 in 2010 under Tim Flickinger.

Because our youngest daughter was leaving for college in 2012, and we needed to reduce the size of herd to make it more manageable for me — and because we felt guilty for keeping such a beautiful goat hidden away on our farm — Annie was sold to Tamara Houseman at Zen Goaties. We are looking forward to following her show career!