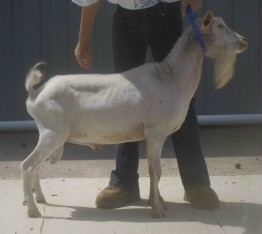 and advanced registries in his pedigree. Two of his daughters

earned their junior grand champion legs, and three of them earned milk stars, earning him his +S!

Bear’s daughters typically have excellent orifices and well-placed teats. We

have been very happy with the milkers we have kept out of him and only wish he would have been with us longer and given us more daughters.

Bear classified VG with AGS in 2006. Classifier Alice Hall commented that he is a very dairy buck, who just needs more substance and width — basically, he looks like a girl! 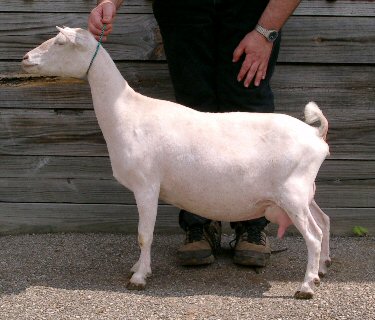 Carri won a reserve grand championship in 2004 under D. Shepard.