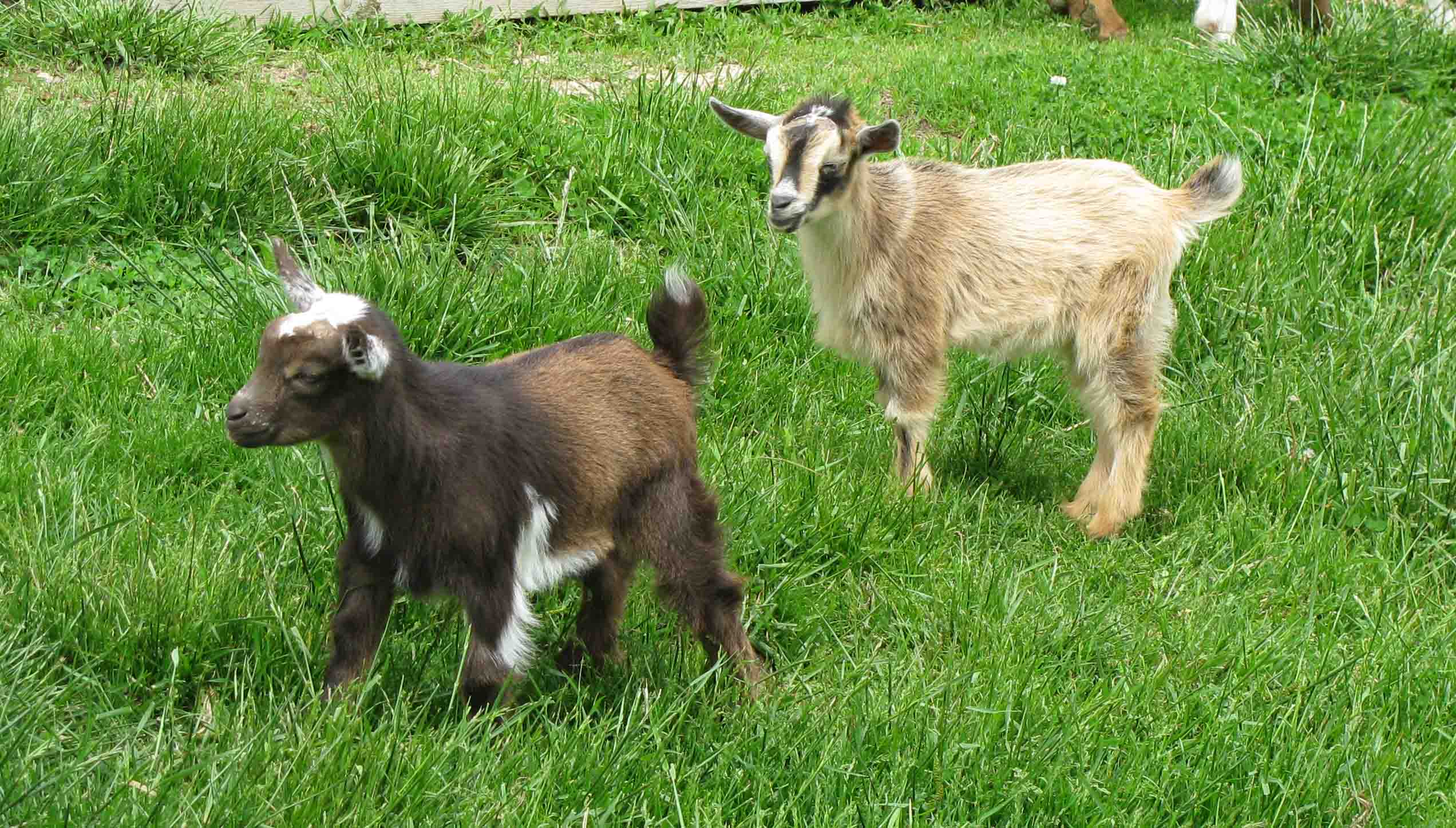 When homesteaders or hobby farmers think about buying an animal to make milk for their family, many automatically think of the cow. This is unfortunate since goats are a much better choice for most small landholders. Goats produce more milk per pound of food consumed, meaning they are more efficient milk producers. By some estimates, there is more goat’s milk produced around the world than cow’s milk. One thing is clear — goats do well in areas that do not have enough lush vegetation to support cattle. Cows are popular in the United States, because a single cow can produce more milk than a single goat can, and they fit into the factory farm environment better than goats.

Goats are the perfect milk producer for a small family living on a few acres. If you’re living on less than 5 acres, you’d have to buy a lot of feed for a cow, and it would be producing a LOT of manure! Unless you have a very large garden, you may have to pay to have the manure hauled away. You may also have a problem with flies, since it is impossible to put your cow very far from your house if you have only a few acres. When we had cows, they were in adjacent pastures to the goats, and the flies were all over the cows, but left the goats alone. After one of my cows calved, I had her in a 45 X 60 foot pen, and she ate all the grass in a couple of days, and the place was covered with manure after a week. It was stinky and filthy. Normally I keep 3-4 goats in that pen, and the grass doesn’t get eaten down until winter, and I never see their poop — unless I walk in there and look for it. Goats poop little berries, whereas cows make big pies! 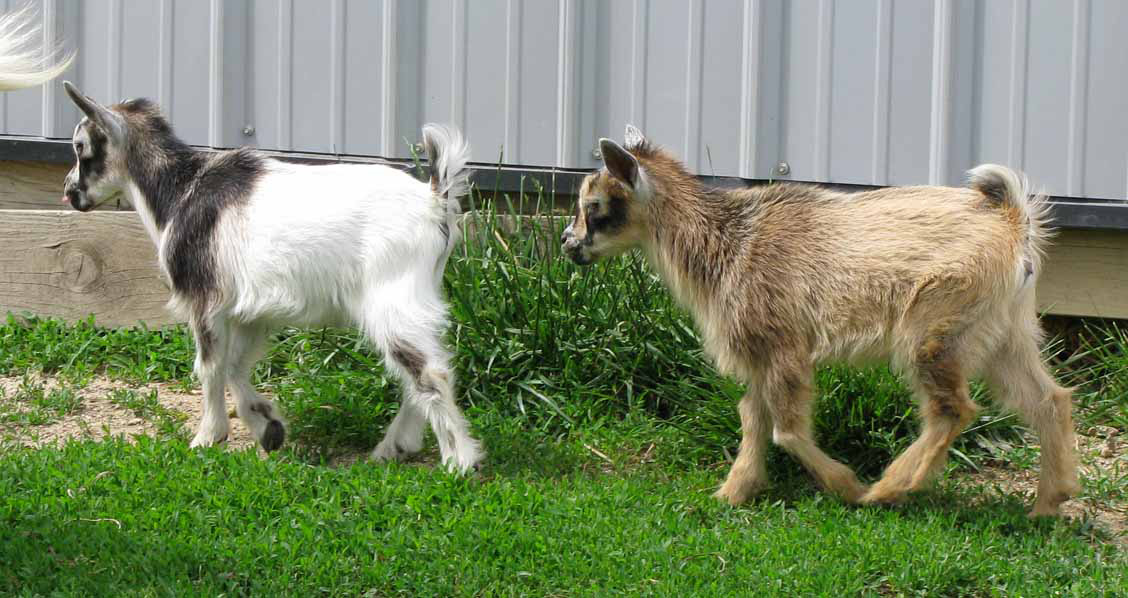 Now on a personal note . . . I love my Nigerians, because they are small and sweet. We also have cows, and I had planned to milk them also after they calved, but that didn’t work the way I’d planned. Training a cow is a tough job for someone with no prior experience. I’d rather have to deal with an unruly 60-pound Nigerian dwarf goat than a 600-pound Irish Dexter cow — and they’re the smallest standard size cow there is. Nigerians are about the size of a retriever, and I’ve never had one that was really unruly.

As for breeding, if you have a cow, you either have to borrow a bull, take your cow somewhere to be bred, or do artificial insemination, which can be costly and is not as successful as a bull. With my Nigerians, I don’t mind having my own buck because they’re small and sweet and don’t eat anything except grass and hay. If you don’t want to keep your own buck, you only need a large dog crate to transport a Nigerian doe. Yes, bucks stink, because they have this bad habit of peeing on themselves — it’s the eau de cologne of the goat world. I don’t normally smell my bucks though unless I’m in the pen with them. Their pen is about 100 yards northwest of my house, and I have never smelled them in the house when the windows are open.

A Nigerian will produce 1-2 quarts a day, which is the perfect amount of milk for most families. Cows give gallons of milk a day, so unless you’re making lots of cheese (which is what I want to do) you can’t use that much milk. Standard-size goats give 1-2 gallons a day. Also, Nigerian milk has a really high fat content, usually 6-8% butterfat, with some peaking as high as 10% compared to most goats and cows, which are around 4% or less.

Although I’ve heard some people say that goat milk taste funny or smells funny, our milk has NO smell at all, and I think it has less taste than cow’s milk. It’s all we have in the house. We give it to guests all the time, and no one has ever complained. Even city kids love it. Some breeders say Nigerian milk tastes the best because of its high fat content. Good hygiene during milking is also important for avoiding a “goaty” flavor in the milk. You should clean the udder prior to milking and squirt two or three streams of milk into a separate cup or bucket to clean out the ends of the teats before milking. If the does and bucks are kept together, that can also make the milk taste “goaty.” But they really should not be kept together anyway, because it would be hard on a doe’s body to have kids every six or seven months. Unlike most goat breeds, many (but not all) Nigerians cycle year round, so it’s never really safe to keep bucks with the does unless you want babies in five months. Year-round breeding also means that with only two or three goats, you can stagger their breeding and have a fresh supply of goat milk 12 months a year.

There are so many advantages to having your own milk goat — especially a Nigerian. Although I no longer have time to respond to questions from people around the country via email, I created an online network for just that purpose. You can ask questions, create a blog, post pictures and videos, and meet new friends who also love the littlest dairy goats.