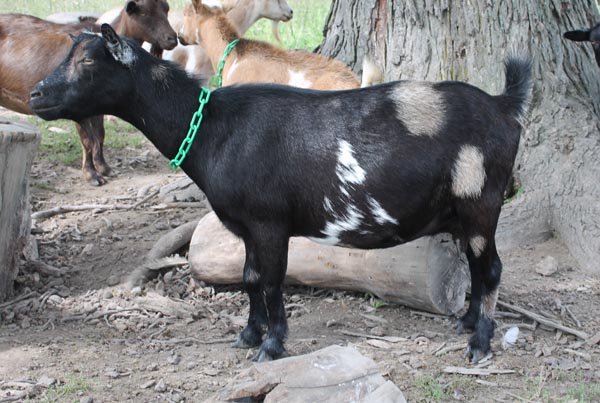 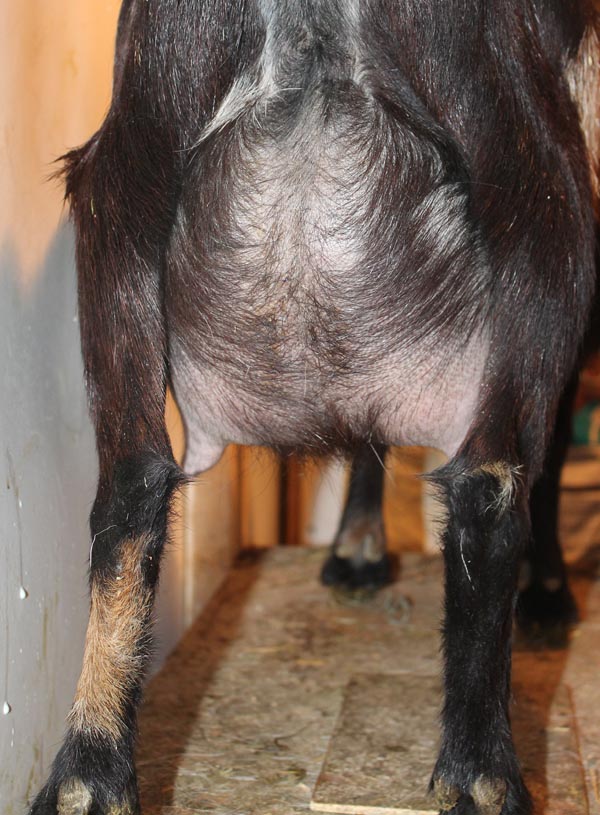 Scarlet was one of dam-raised quad does and was on the smaller side, so she freshened for the first time as a two year old with twin bucklings. She had quads as a three year old. She has a super soft udder with large orifices, making it easy to milk her, even though her teats could be longer. Both pictures are from her second freshening (as a three year old).

Scarlet earned her milk star on butterfat with ADGA as a first freshener.