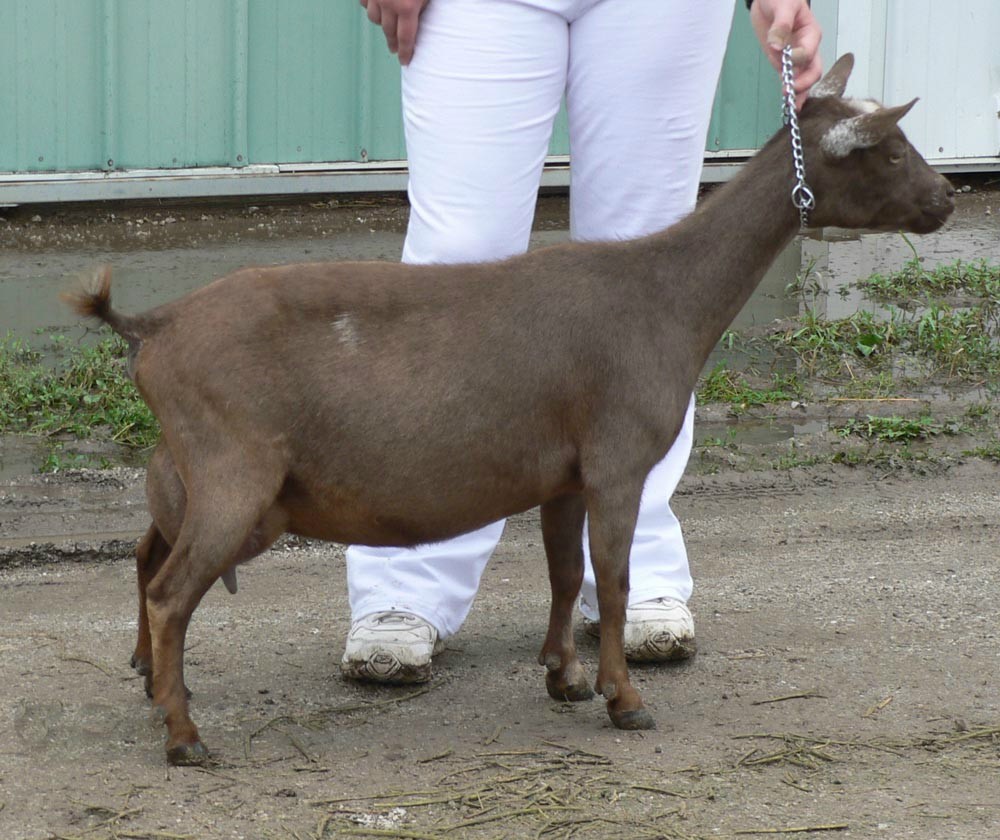 On May 21, 2007, Scandal was Grand Champion Senior Doe under Tim Ness, earning her third AGS leg, and qualifying her for MCH status. Congratulations, Scandal!

Scandal was purchased as a yearling first freshener in 2004. She has always shown great length of body, levelness of rump, and overall appearance. Her udder has a wonderful texture that makes it very easy to milk, and she has never given us any problems on the milkstand. Her capacity has also greatly improved on each freshening, giving her a much better udder for her size. She has a wonderful personality.

Scandal was classified most recently in May 2011, when she earned a score of 89.1, VG, under Tim Flickinger.