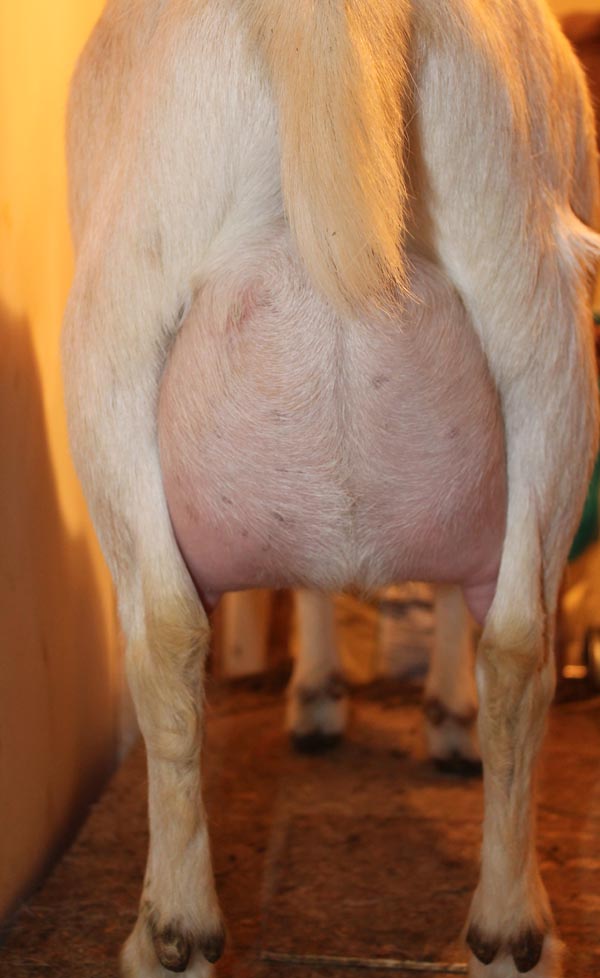 Sadie freshened with triplet does as a yearling in 2013 and with quads (three does and a buck) in 2014. Her teats are not terribly long, but she has large orifices, and a buttery soft udder that makes her easy to milk. Although she was a shy little thing as a doeling, she has matured into a wonderful milk goat. The udder picture is from her second freshening.

Unfortunately Sadie left us too soon. One month after freshening in 2016, her uterus filled with fluid, which pressed on her bladder, preventing it from emptying. The vets did everything they could, but nothing helped, so we made the very difficult decision to have her put down. We kept two of her daughters, Missee Lee and Elyse. Sadie never needed a dewormer in her life, and her two daughters seem to have inherited her excellent resistance to parasites.

Sadie was named after a pirate who started her life of crime in New York City robbing men by slamming her head into their stomach, earning her nickname, Sadie the goat. All of her kids are named after pirates, some real and some fictional.