These are goats that are no longer in our herd, although we still have some of their progeny. Their information is listed here to give potential buyers more insight into the pedigrees of goats we have available for sale. 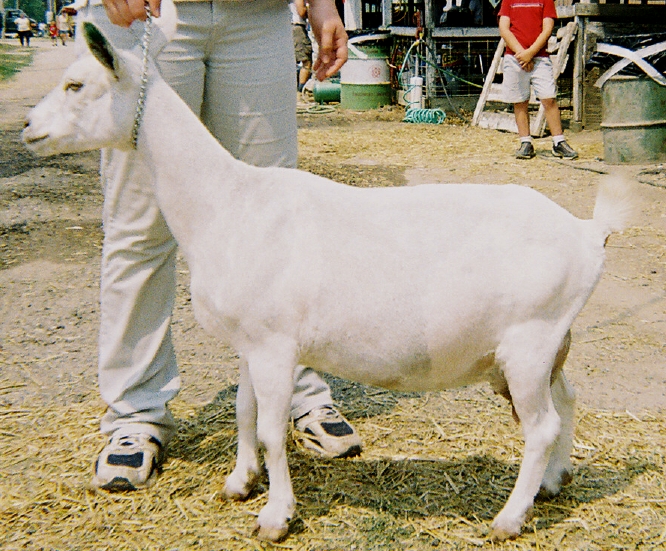 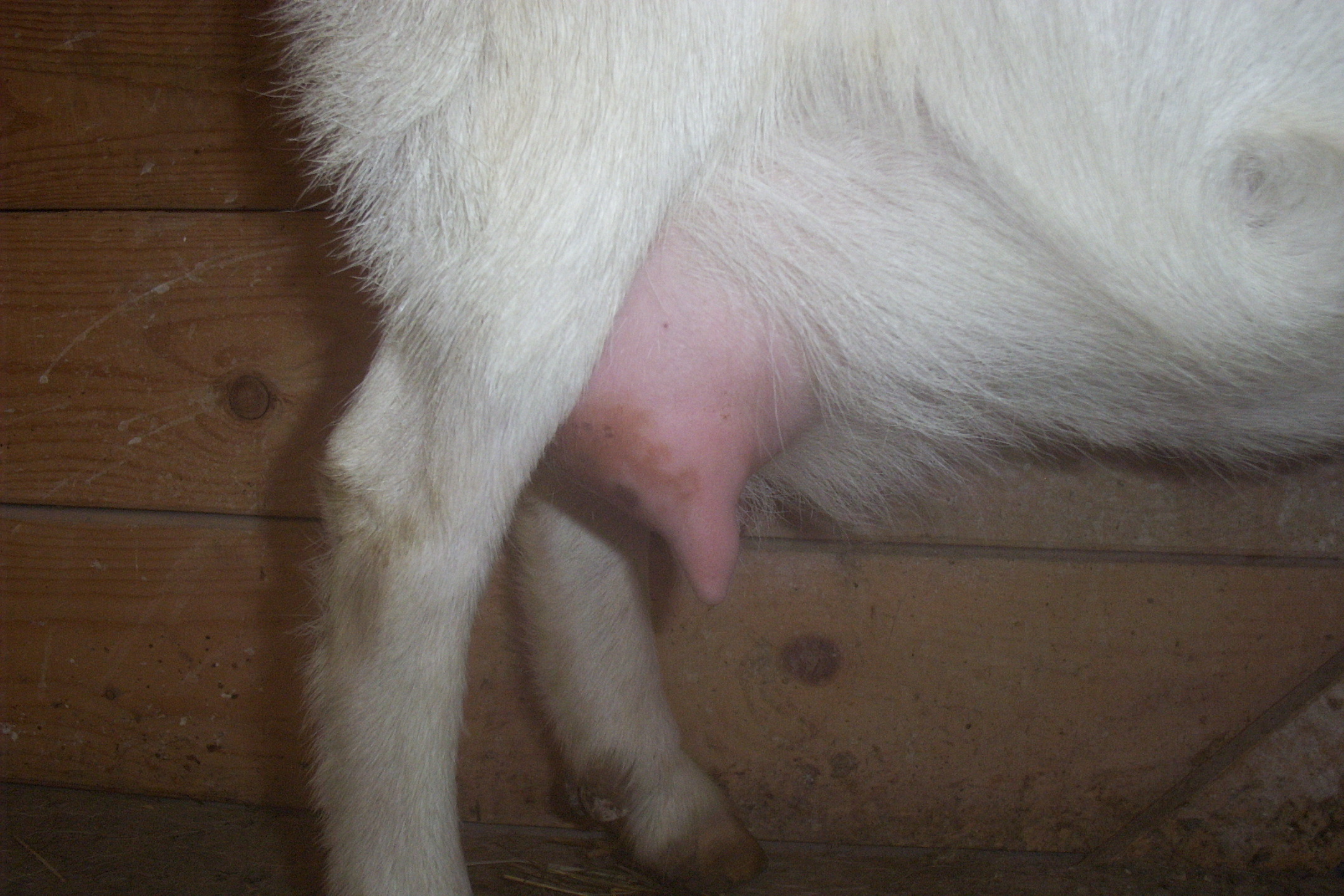 The only year we showed Dancy was in 2005, and she never placed lower than

never placed lower than second, even when competing in AOP classes

has a reserve grand champion junior to her credit. And Carmen’s daughter

placed lower than second in 2005, even though she has often been one of

the youngest in the class–in fact, she placed second in a class of 8 goats,

Dancy had a wonderful personality, and it was all natural since she

was dam raised. She loved everyone and would even go up to strangers,

wanting them to pet her. Although her teats were short, she was not

difficult to milk because her udder had a very nice texture, and was

one of our two best milk goats here at Antiquity Oaks, milking 4 and

a 1/2 pounds a day at her peak. Dancy is sorely missed.

Her daughter, ARMCH Carmen *D, is still in our herd and will be forever, because she has a very special place in our hearts. 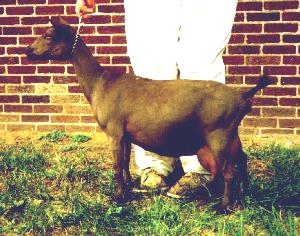 Margaret purchased Mink to bring some proven bloodlines into our herd. Her daughter, Maly Cleopatra, is still in our herd and is one of the easiest goats to milk. She also sustained a 10-month lactation as a first freshener so she will be here forever, since these are exactly the traits we want to see in our goats.

Snow White came to Antiquity Oaks in April 2004 after spending four years at Happy Tailz Farm in Michigan. Prior to living at Happy Tailz, Snow White suffered a bout of mastitis that cut short a very promising show career. She has two legs of her permanent championship, and has a “best udder” award to her credit. She has an excellent HES score of 94.2 on mammary!

On February 11, 2005, Snow White gifted us with three lovely does. One is being retained and the other two have been sold. One of the does sold won a Best Junior Doe in Show for her new owner. Since Snow White didn’t seem to handle the pregnancy well, we gave her a two-year break, and in 2007, she had quads, although two of the kids were born dead, at which point she was offially retired from breeding. Her daughter, Cinderella, is still in our herd and will be a first freshening two-year-old in 2009.

Fannie has one daughter left in our herd, Coco Chanel *D.