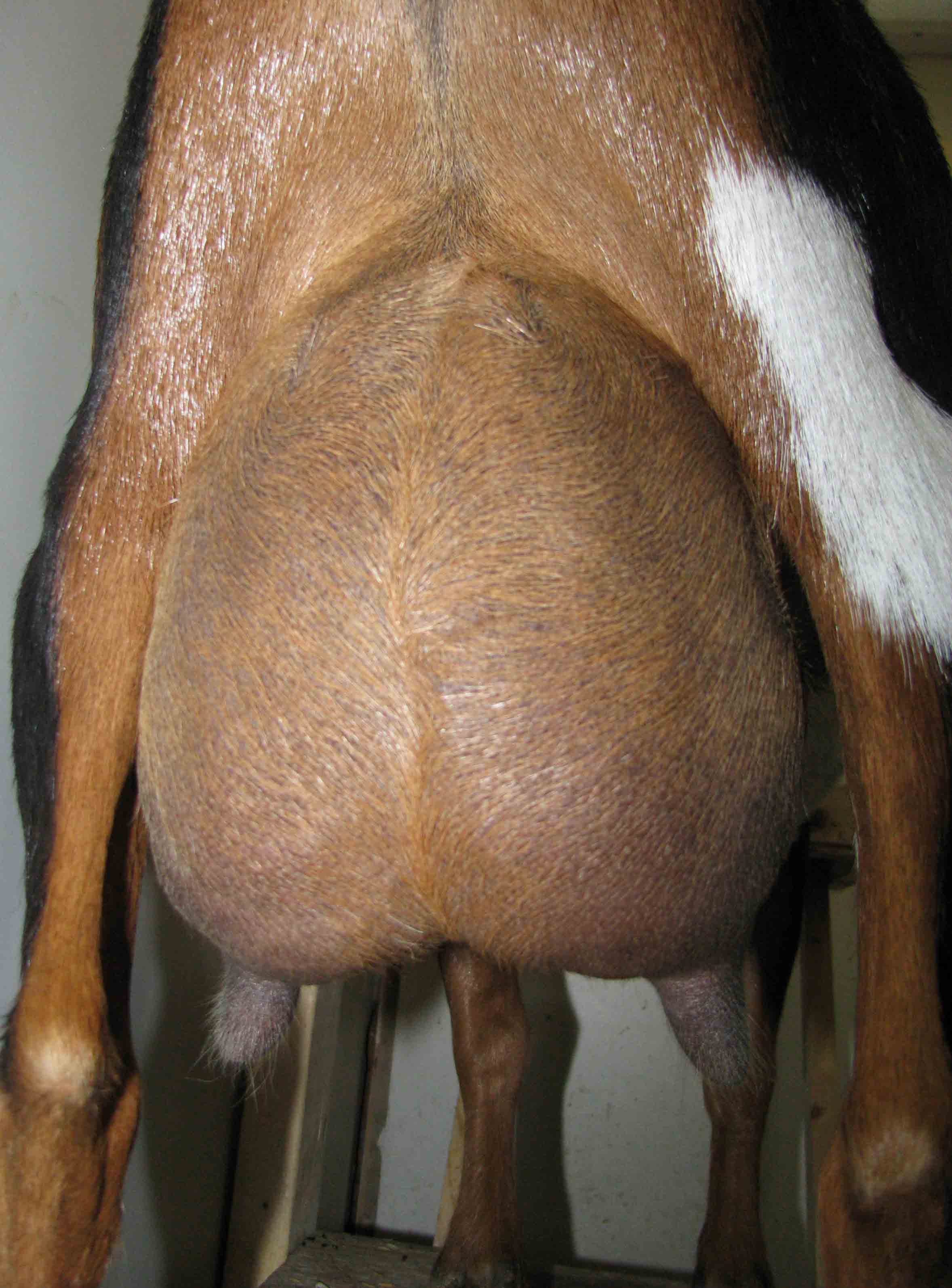 Jo freshened as a yearling in June 2009 with triplets. We kept a close eye on the kids, because a lot of first fresheners can’t make enough milk for three babies, but Jo did it! Since she is a Sherri daughter, it shouldn’t surprise us that she’s a good producer. We milked her for nine months as a first freshener, and at age three, on her first milk test of 2011, she produced 4.4 pounds, which was good enough for her to earn a one-day milk star. It’s just a bonus that Jo is also one of the most stunning goats on the farm – full body picture coming soon! The current picture is her udder during her 2011 lactation.

Jo gets her name from the novel Little Women by Louisa May Alcott, because she was one of quad does.

Jo was sold in 2012 simply because we needed to reduce our herd size, and we have lots of her sisters on both her sire’s and dam’s sides. In fact, we like her so much, we are hoping to repeat the Sherri-Pegasus breeding for 2013 kids.</>