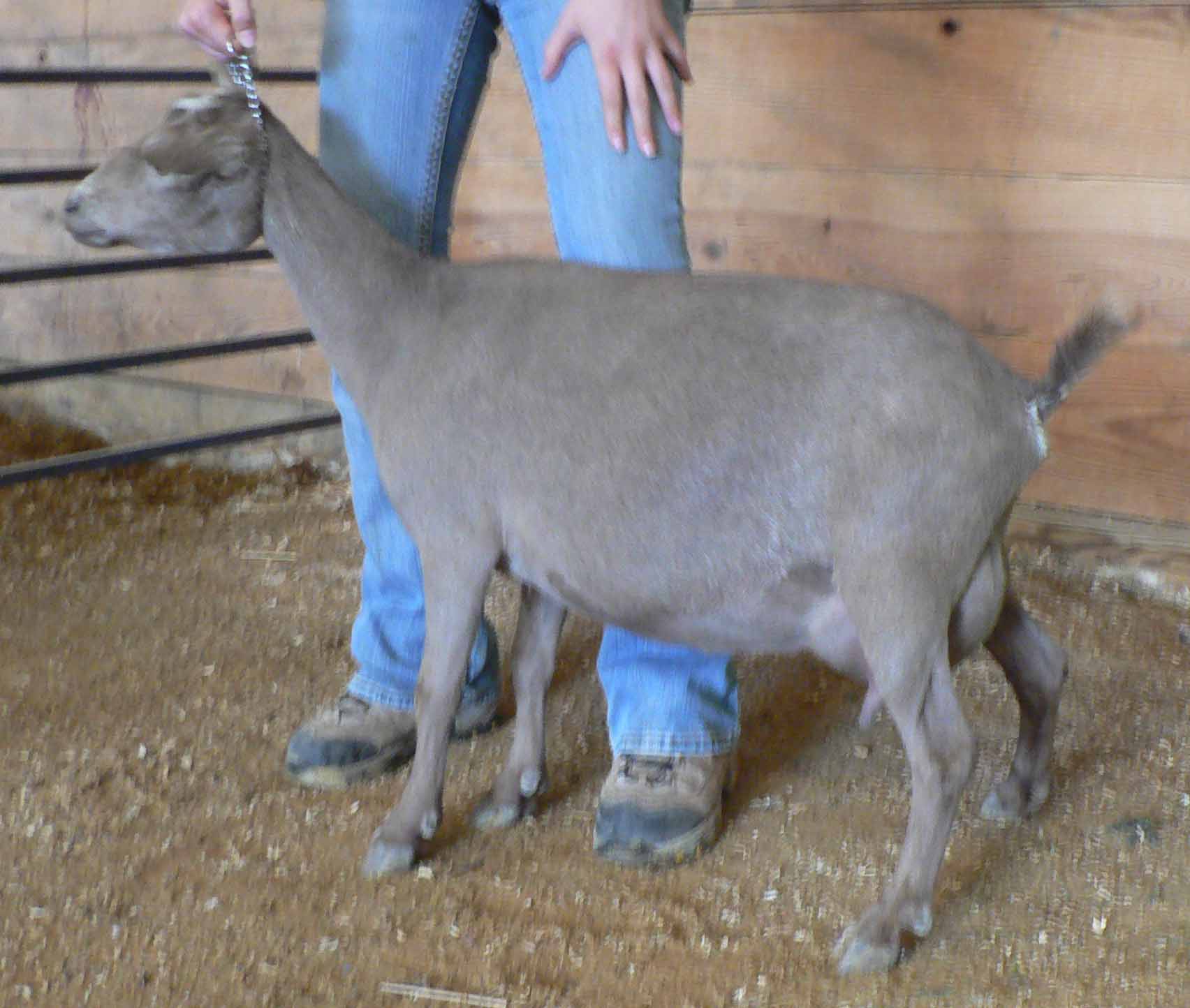 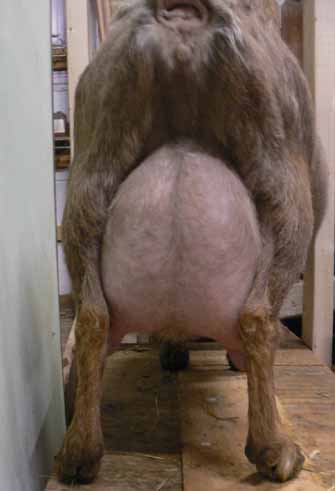 Coco was a problem child since she tried to die at two weeks of age, although it wasn’t her fault that her three brothers were not letting her get her fair share of milk. She was brought into the house to live with Carmen and the humans, and was therefore spoiled rotten. Originally, we just called her PeeWee because she was so tiny, but once we realized she was going to make it, we realized we had to give her a real name. We thought her bad luck had changed when she earned a junior leg under Judge Dan Laney, but then when we bred her to freshen as a two-year-old, she miscarried at four and a half months. We later learned that we had a problem with copper deficiency.

with triplet bucks. The photo on the left was taken at a show in May 2007. She earned her one-day milk star as a first-fresheneing three-year-old. In 2008, she had twin bucklings. In 2009, she had quads: three bucks and one doe, which she raised all by herself.

In 2011, Coco freshened with FIVE bucks — the first quintuplets for Antiquity Oaks. On her first milk test day in 2011, she produced 4.0 pounds, which is respectable for a seven year old. In 2012, she tried to even up things and gave us quad does! One of those, Nina Ricci, was retained.

In 2013, Coco again gave birth to five kids, but unfortunately, she died of a ruptured uterus only a few hours later. Her doeling, Bella Freud, is being retained.

Coco’s udder was very nice. She had an excellent medial, well-placed teats that were VERY easy to milk

(very good orifices and good length), and awesome capacity. She was Katherine’s favorite goat to milk.

All of her kids are named after clothing designers.