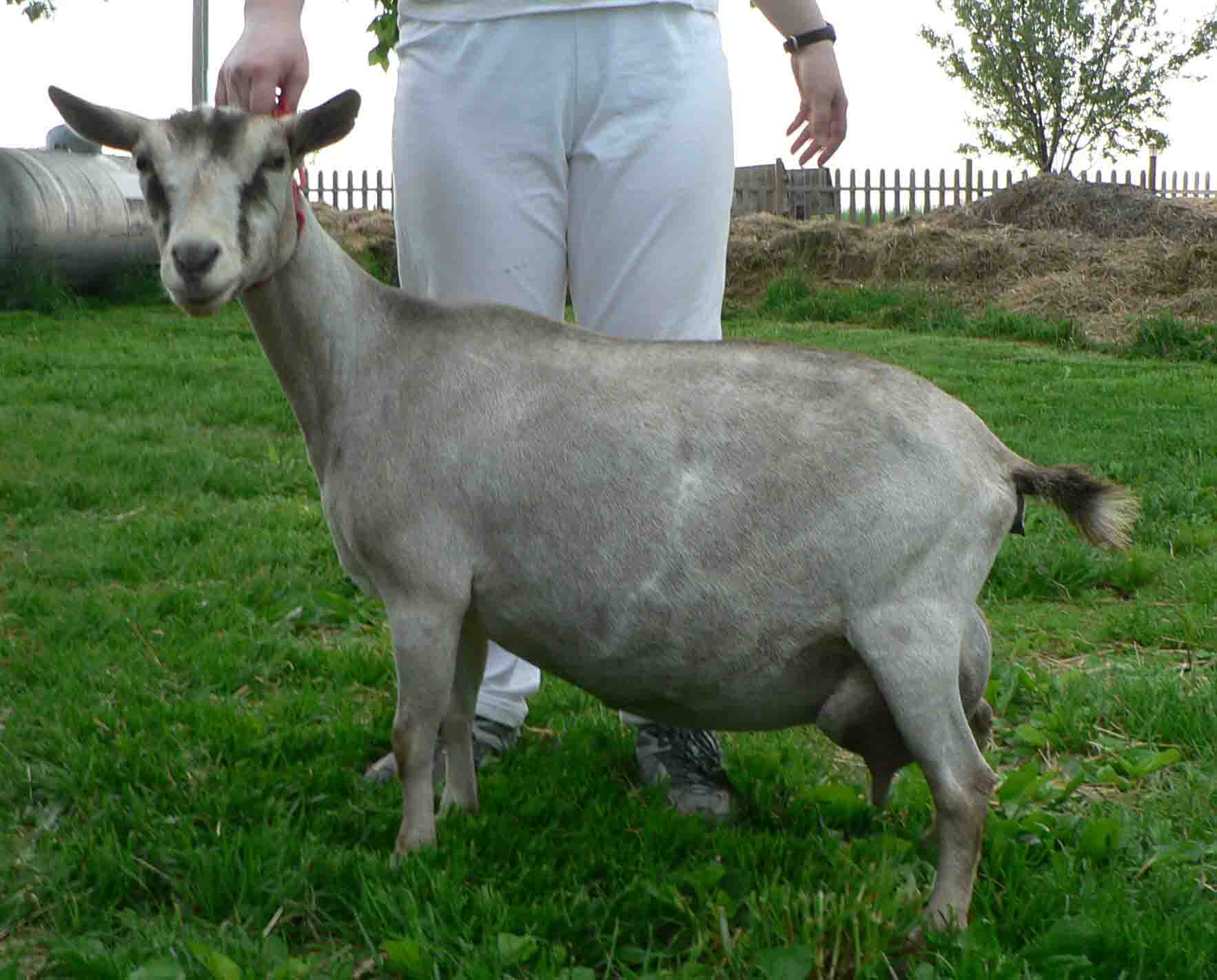 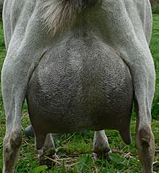 beautiful udder, easily milked, high in the rear, and one of the best fore udder attachments on the farm. Her teats are long and thick, which makes milking a breeze. She freshened with a single buck in 2008 and triplet does in 2009.

Charlotte freshened in February 2011 with quads, and on a one-day milk test, she milked 5.9 pounds! She finished out her lactation with just over 900 pounds of milk – our not-so-little bucket buster! The pictures above are from that lactation in 2011 as a four year old.

Charlotte classified as VG with 89.0 under Tim Flickinger in May 2011.

Charlotte’s kids are named after characters in Charlotte Bronte novels.