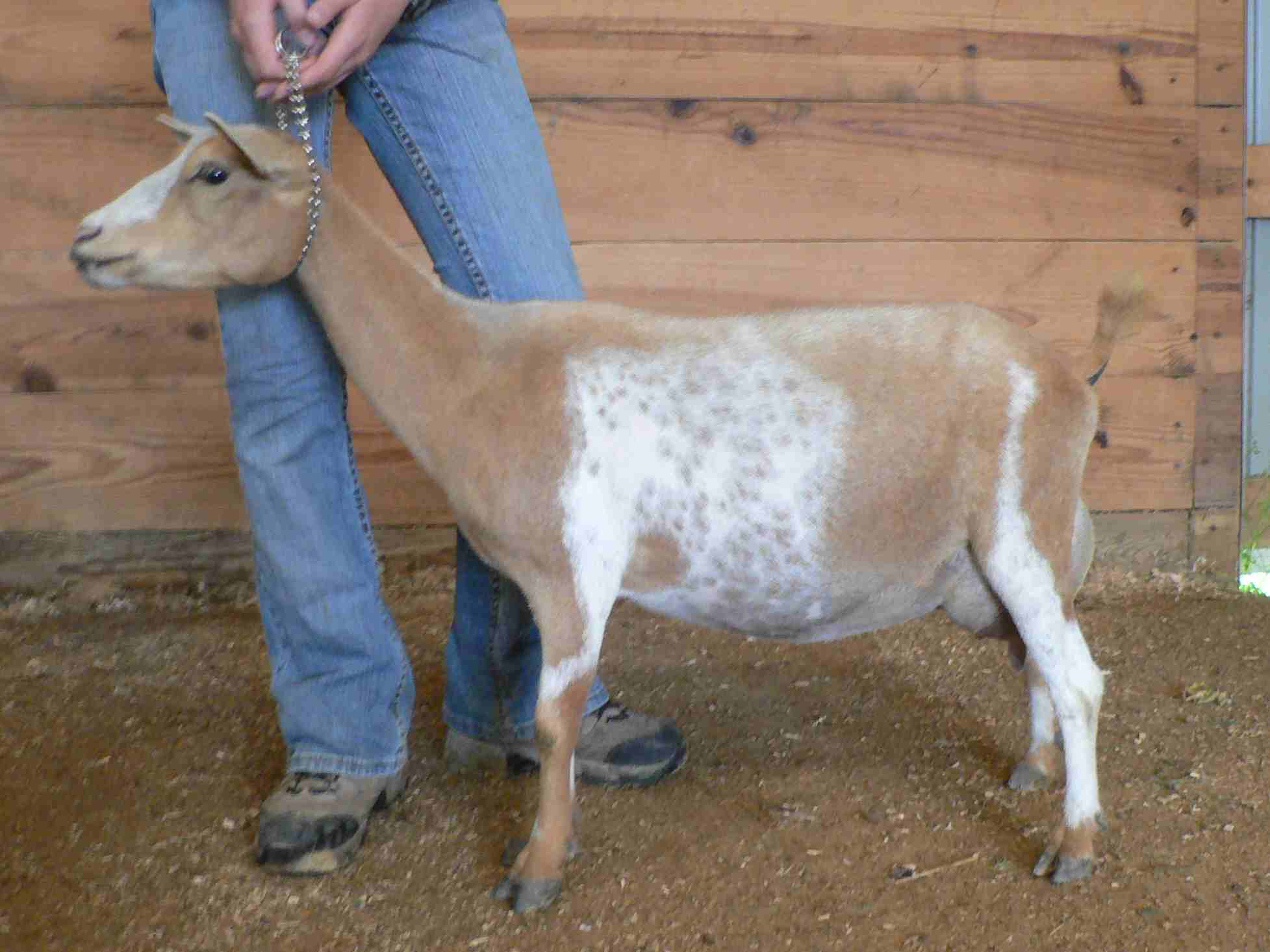 Carmen has a lot going for her in addition to her ARMCH status. She has excellent resistance to internal parasites, which is a trait that we are breeding towards. She is a very easy keeper — too easy, in fact! She was still going strong at 342 days in her 2011 lactation when we decided to dry her up because she was getting too fat, and we couldn’t keep her on the milk stand without grain. She has spent most of 2012 in the pasture with no supplements and doesn’t look like she has lost a pound. She is due to kid around August 18.

She has a beautiful udder still in 2012 at age 8 — well attached all the way around, high rear, and smooth fore udder, although I would be happy if she had longer teats. She did not start out as a very strong milker, giving only 2 pounds a day at her peak in 2005 as a first freshener yearling. She peaked at 3.8 pounds in 2006 as a second freshener – or 3.6 pounds on

official DHI test. Her high test day in 2011 as a 7 year old was 3.7 pounds. Although she doesn’t have the high peaks of some goats, she is certainly consistent in her production, and in the midst of our 2011 heat wave, her production seemed unaffected through the 100 degree temperatures, while the other goats all saw drastic reductions in production.

In 2006, Carmen earned her first AGS leg under Julie Matthys as a

doe, earning her junior AGS leg. In 2007, her daughter

leg at 2 1/2 months under Valerie Ciesynski. Butterfly’s daughter, Cicada, is still in our herd. As a third freshening

In 2011, at age 7, Carmen was classified by Tim Flickinger as VG with a score of 89.9 – so close to an E! We’re still proud of her though, as she is holding up beautifully with age.

We kept a buck out of Carmen a few years ago, Pinkerton *S VG, unfortunately we did not use him much when he was young, so it was very sad when we lost him in 2011. He classified at 89.2, a high VG rating, under Tim Flickinger in May 2011.

Carmen herself is named after the opera, and her kids are all named after operas or opera characters.