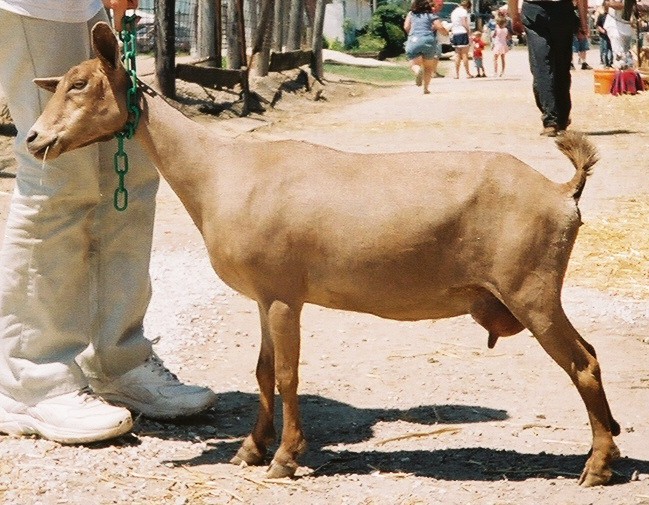 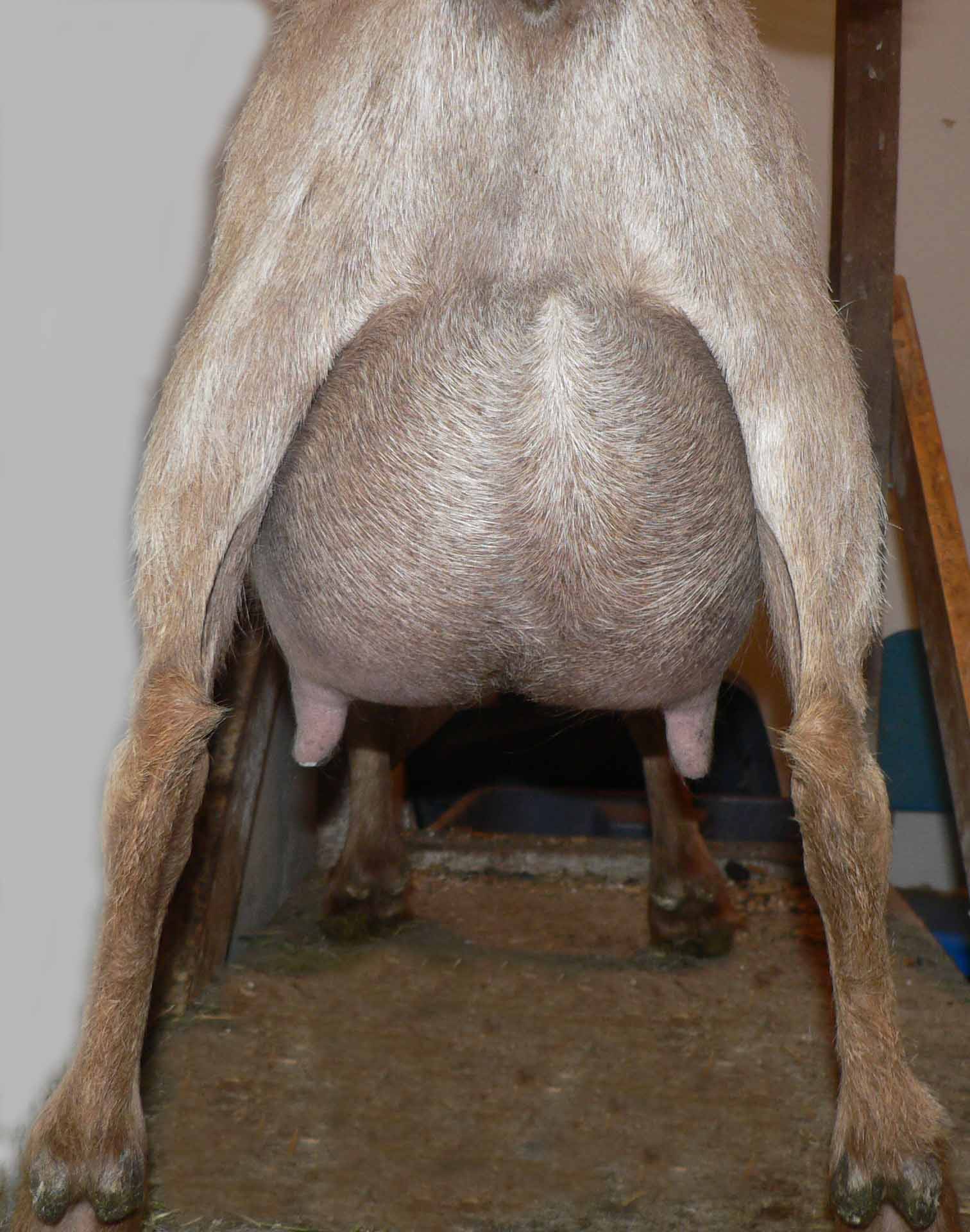 Caboose has earned two legs of a permanent championship in AGS, and she has earned milk stars, both in one-day and 305-day tests. She is a joy to milk, although the other goats probably don’t like her that much, because she is always first in line at the milking parlor door.

Caboose has a very correct udder, with a well-defined medial suspensory ligament and well-placed, long teats with large orifices. As a second freshening three year old (the picture on the right), Caboose peaked at 4.5 pounds on DHI test in 2007 at 29 days fresh, going on to earn her AR star with 531 pounds of milk in 262 days (and 31 pounds of butterfat!). Although we were not on milk test at the time, Caboose is the only doe on our farm to milk for 16 months straight without freshening a second time. In fact, she was still milking a quart a day when we dried her up because she was getting too fat. Caboose has outstanding resistance to internal parasites and has not needed a chemical dewormer since 2008.

This doe gave us quite a scare in February 2011 when she earned the ignominious distinction of being the first (and so far only) doe on our farm to need a c-section. Two of the four kids made it, and Caboose made a slow but steady recovery. She recovered well enough to be classified in May 2011 by Tim Flickinger at 87.4, a VG rating, and even milked 508 pounds on DHIR test that year.

Caboose was originally purchased by our daughter, Margaret, so her kids in 2006 to 2008 were given the Maly herd name. Starting in 2009, her kids were born into the AOF herd, because Margaret sold her to me when she left home to attend the University of Illinois.