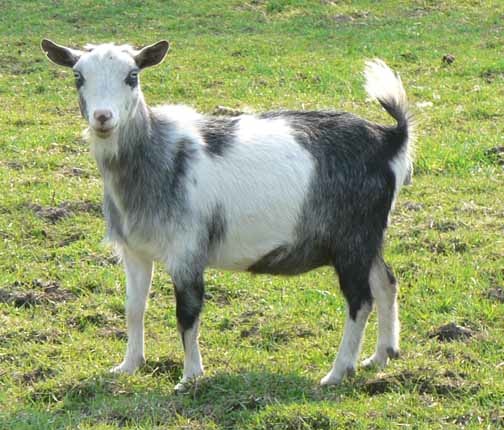 Athena freshened for the first time on April 15, 2010 with a single doeling. Her production is good for a first freshener that is only feeding a single kid. Her udder texture is soft, and she is easy to milk. Her teats could be a little longer, but that usually improves with a second freshening. The above photo was taken towards the end of her pregnancy.