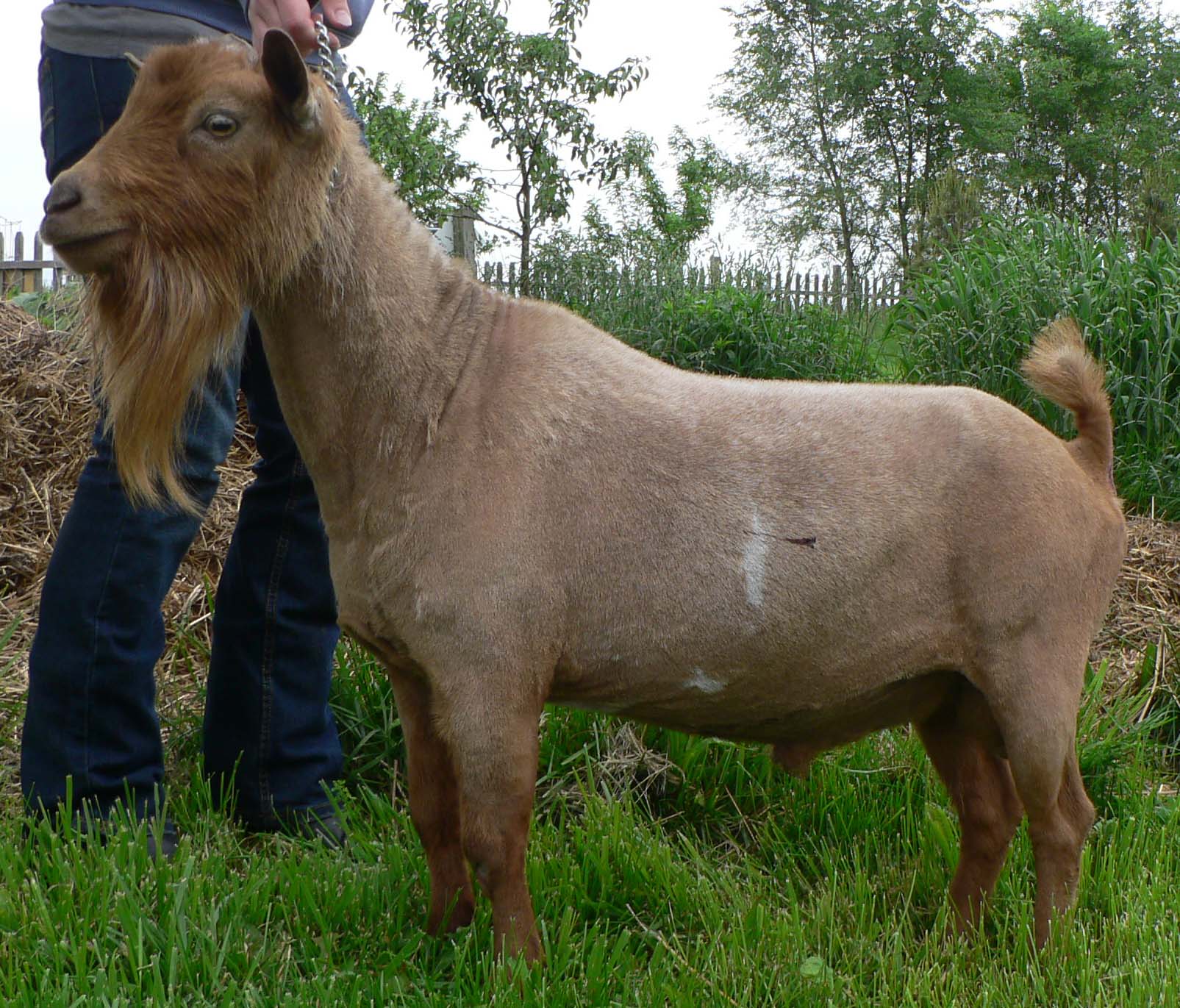 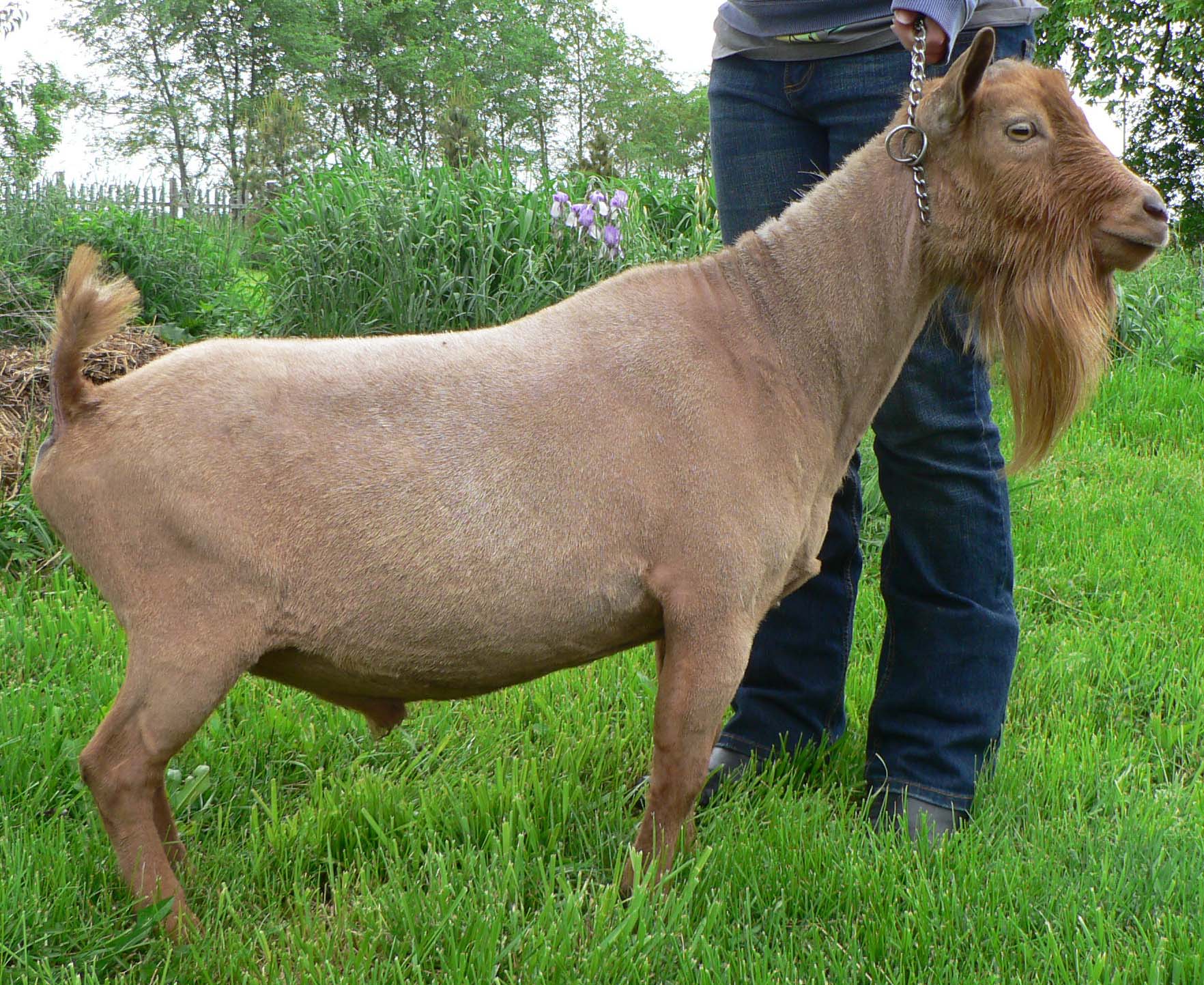 Pinkerton is a third-generation homegrown buck out of our ARMCH Carmen, who has a beautiful mammary system. We have not used Pinkerton much, and unfortunately he tends to throw bucks, so we don’t know what kind of daughters he’ll throw. Since he is an unproven buck, his sons are all wethered, although he’s a beautiful boy and looks a lot like his dam. Hopefully, he’ll give us some daughters soon!