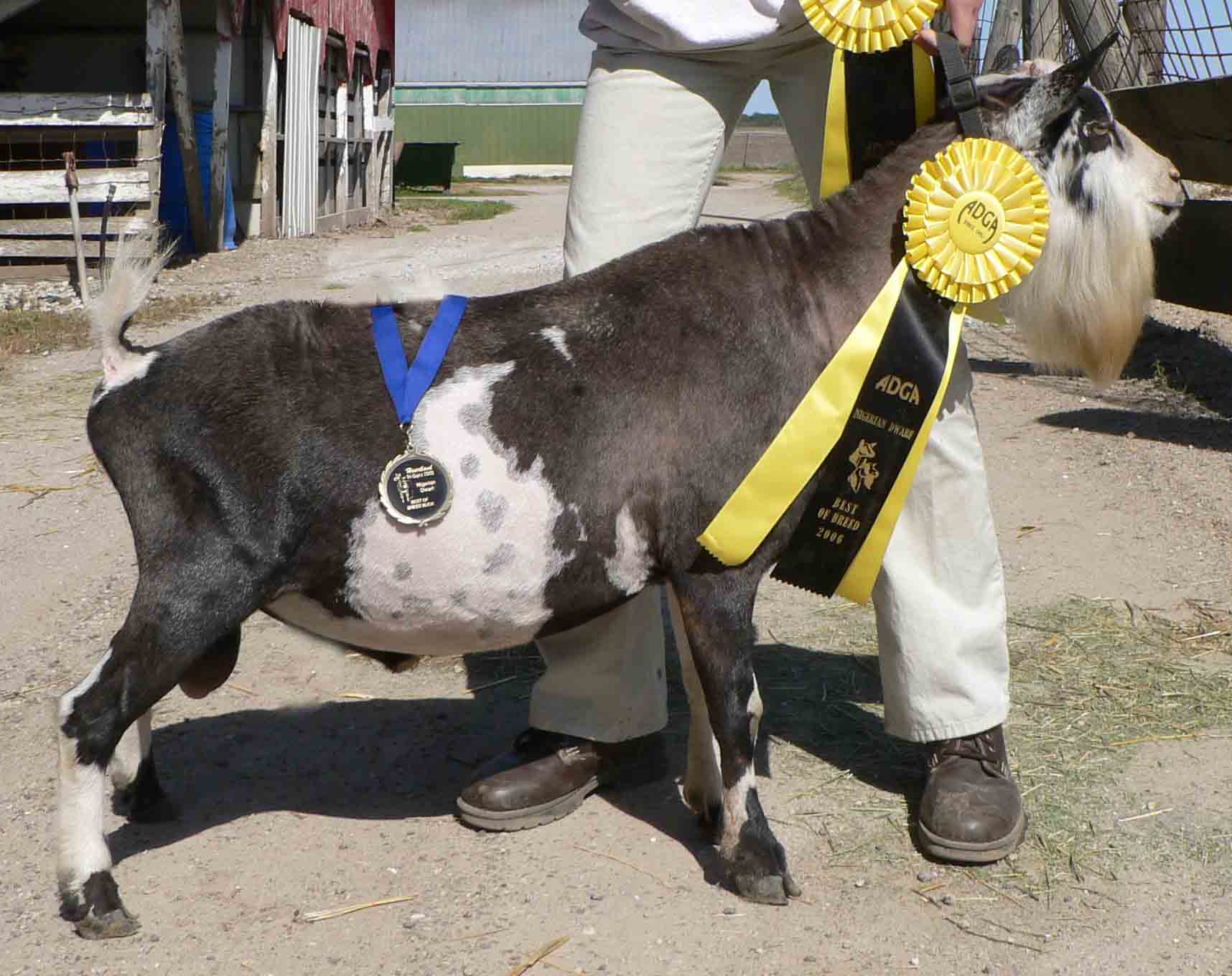 We were excited about using John Adams for breeding because of the great mammary genetics and excellent personalities on both sides of his family tree. Both of his parents are naturally friendly, a trait that he inherited. His mother has long, easily milked teats and great longevity for milking. His sire’s dam has a remarkable udder.

John Adams’s daughter, Carmen, freshened for the first time in 2005, and we were very impressed with her and her udder – and still are! She earned her Advanced Registry milk star by milking 507 pounds of milk and 30 pounds of butterfat in 286 days as a two-year-old second freshener. Her mammary system is very correct, and she peaked at about 3.8 pounds of milk a day as a second freshener in 2006. She finished her ARMCH in 2007, with wins under Stephen Richter and Lisa Synesael. She also earned a Best Udder in Show award under Jennifer Lohman-Peterson.

We do not show bucks very much, from a combination of not very much opportunity, plus the belief that a buck should prove himself through his daughters. However, in 2006 to help make sanction, we brought John Adams. Although he had been shown in 2004 and had not done very well, we knew as soon as we clipped this boy that he would do much, much better. He had gained an amazing amount of width, depth, and power in the two years since we had last “seen” him, and the judges saw it as well, as he easily went grand in both rings at the show. Both judges commented on his masculinity, dairiness, and very level topline. Unfortunately, since it was an ADGA show and he was not ADGA registered, he did not receive the legs.

Due to his success at the ADGA-sanctioned show in May, we took him to an AGS show with our fingers crossed — and again the gorgeous buck proved our faith in him was well-placed, as he was first in his class and then grand champion buck in both rings! Later that day we also had him classified by Alice Hall, and he classified as VG. 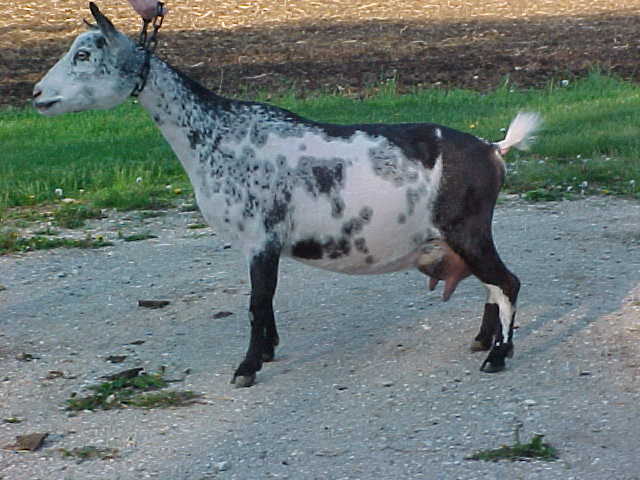 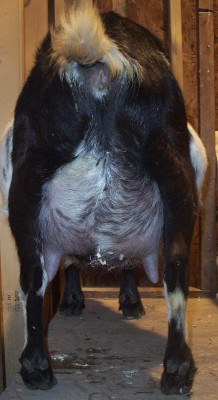 The photo on the left was taken when she was 2 years old, courtesy of Patty Putnum of Prairie Oak. The udder picture was taken 12/26/2004, when Star was almost 6 years old, at 27 days fresh. She earned her one day milk star as a seventh freshening eight-year-old, milking 3.6 pounds of milk with 5.4% butterfat at 30 days fresh.